Spiritual Laws In Christ; The Ascendancy Of Christ 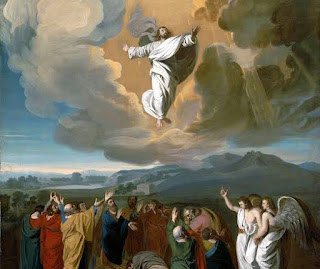 "He that descended is the same also that ascended up far above all heavens, that he might fill all things." (Eph 4:10).

Worship is exalting Christ above all things, and whenever he is exalted and allowed to ascend his reality is unveiled and he fills things—he'll manifest mightily. Let me tell you my secret; whenever I am sick and I want enter into the reality of healing in Christ and allow that healing fill my body, I just exalt that reality in my heart;

"Oh how mighty is your healing Lord, how transcendently great is this reality. How surpassingly mighty. Yes, exceedingly abundantly above every form of sickness. This reality is unshakeable, it bends to nothing, but it brings all this to conformity."

Our problem is that we fix our eyes on the reality of this dead world, we are so used to this reality. But there is a reality of righteousness, purity and holiness. And when you start fixing your eyes on that reality to the extent that you are lost completely, then that reality will overtake you. Stop giving excuses, this is not the time for excuses, this is the time for power. Every other reality must bow to the reality of Christ. They cannot resist his mighty procession. Let him ascend and he would fill all things, he would bring everything to obedience, he would make them conform by force. There is nothing strong enough to resist his mighty arm.

“Who are you, O great mountain? Before Zerubbabel you shall be levelled.” (Zec 4:7).

When he ascend in your heart the mountain will begin to look as tiny as a cockroach, it would look like something that can easily be crushed beneath your feet. If the mountain is looking so great to you it is because you have not ascend, you are still on the ground. Ascend in oneness with the reality of Christ, ascend high above the mountain.

The more you ascend the mountain becomes smaller and smaller until it totally disappear from sight. It becomes utterly insignificant in comparison with the greatness of the reality of Christ in you. And just like that you are caught up in a reality that is exceedingly far above every other, a reality that is Christ himself.
Posted by David Emechete at 06:27