Spiritual Laws In Christ; The Reality 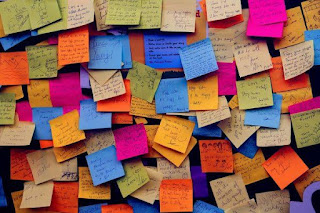 I gave some laws about the reality in Christ. There is a reason why I called them laws, and not just teachings. They are laws because they are interwoven in every reality you find in Christ. In the natural world, every reality you see is a combination of several laws put to work together in bringing about that reality. That is why if man wants to invent anything into reality they would have to go study the laws of nature. Then they will learn how to bring different laws together and birth forth the invention.

Before aeroplane was invented the scientists had to understand the law of gravity in combination to the law of flight, and the law of force and motion, and so on. They had to bring the knowledge of all these laws together, then put things in the aeroplane that will manipulate these laws and use them as an advantage to carry out its function. If the scientist ignore the law of gravity or any other law that affects the function of his invention, and then he goes ahead to invent this thing, such an invention would not work.

He must be careful enough to think things through, to put into consideration every law of nature that will affect the function of his invention one way or the other. If he doesn't do this there is bound to be failure in that invention. Although there are some laws that has no significance effect on the function of the invention, such laws can be ignored. But if he ignore the laws that has significant effect, then he will suffer the consequences. This is the same in the reality of Christ.

I have seen many teachings, especially those that involves "how to". These teachings might sound very strewd, but if you look at them closely, they have not taken into account the laws of Christ related to it, and as such they are incomplete and imperfect. They will not be very effective if put into practice. I gave a series on the spiritual laws of Christ. In this series I tried to focus mainly on basic laws i.e laws that should underlay every teaching. These are laws that every teaching must take into consideration, otherwise they remain incomplete. I would list the laws again.

These were the nine laws I wrote about, and any teaching that does not put all these laws into consideration is bound to lack its maximum effectiveness. In the past, most teachings emphasized 1, 3, 5 and 6, but they ignored the rest of the laws. As such they encountered serious problems. They ignored Christ's finished work of law 2, and they jumped into law 3, that's a terrible thing to do. They also ignored law 4 and the teaching ended up being practiced mechanically and religiously, without life. Hence, resulting to dead works.

They ignored law 7 and as such when put into practice it works for some people and it doesn't work for some. And those that it didn't work for, they will be blamed for not having enough faith, or for being too sinful. Most time these people feel really bad, thinking that God doesn't love them, they feel like there is something wrong with them. The teaching ends up causing serious damage in the body of Christ. These teachings ignored law 8 and 9, as such they suffer the consequence of being shallow. No real spiritual depth, the teaching does not bring one into maturity in the fullness of God.

Therefore, as a result of these problems found in these teachings, a different kind of teaching began to emerge in the body of Christ. These new ones greatly emphasize law 2 and ignore law 1 and 3. In fact, they attack law 1 and 3 like it is something evil. This is because of the way it was abused in the previous generation. All of these things are supposed to work together to get a standard teaching. When we begin to ignore some and pick some we would run into trouble. Some of these new teachings only talk about Christ finished work, and they ignore the rest, as if every other thing doesn't matter. I just see it as childishness.

We need to grow and truly know Christ. We need to know everything that constitute Christ, and embrace them all. Put them all into consideration and produce teachings and doctrines that would lead us into glory.

I would have stopped here, but I don't want to end this post without leaving you this assignment. The assignment goes like this, listen closely to any teaching you come across as from today. Try to see if all of these laws are taken into consideration in the teaching. Any law that was ignored, try to look for where that law fit in that teaching, and add it to it. Redevelope that teaching and add that missing law in it. When you do this you will realize the teaching will become richer.
Posted by David Emechete at 02:51