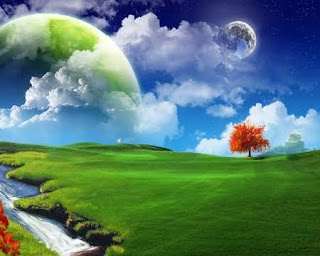 Grace from the Greek, Hebrew and even English word has several meaning;

(a) It means doing something so beautifully, elegantly, gracefully, full of charisma, charming and lovely.

(b) It means that feeling of being so pleased, delighted or maybe even grateful.

(c) It also means favour; when someone show you favour.

However, after careful study I discovered that one word that brings it all together is "please". That single word is at the center of all its varying meaning. When someone dance with grace, that means the person dance is so pleasing (full of grace). The dance is elegant, beautiful and pleasing to the observers. One can also walk or work with grace, and it means it was done so pleasingly or pleasantly.

You can say, "the king graced me at his court". This means the king favoured you in the court. However, you can also put it this way, "the king chose to please me among others". Can you see how the word "please" still connote the same idea found in the word "favour" and "undeserved merit"? In middle English you would often hear the subject saying to the king, "we are graced by your reign", it is a way of saying the kings reign is so pleasing that we are enjoying it, we are greatly benefiting from it. Now this brings me to the words John used concerning Jesus;

"For the law was given through Moses; grace and truth came through Jesus Christ." (John 1:17).

From the difference meaning of Grace, what John was trying to say could either be;

1) The law came through Moses, but through Jesus God gave us the ability to carry out the requirement of law so gracefully that it pleases Him.

That scripture also has one more word we shouldn't ignore—truth. What is truth? Simply put; truth means the reality. Now, putting truth together with the meaning of grace, that scripture is saying the law came through Moses but through Jesus came a reality where there is no more law, yet we have been gifted with the ability to fulfill all the requirements of the law in such a way that it pleases God. The Jews had the law, but they were not graced with the ability to fulfill the law so perfectly, so they kept struggling and kept falling short.

"He has rescued us completely from the tyrannical rule of darkness and has translated us into the kingdom realm of his beloved Son." (Col 1:13).

We were translated into the Kingdom realm, a new reality. In this reality, in this land, the law of Moses does not exist, yet the ability to fulfill all the requirements of that law and please God has been provided. We have been graced with the ability to live above sin, we are inside the land of grace. In this land there is no sin and there can never be sin.

"And you know that He was manifested to take away our sins, and in Him there is no sin. Whoever abides in Him does not sin." (1John 3:5-6).

There is no sin in this land, and it is impossible to sin while in this land. If you want to sin you will first have to get into the flesh, for only in the flesh would you find the ability to sin. So if you are always falling into sin it is because you have not mastered grace, you have not learn to abide in this land. Those people living in sin yet saying they are under grace, they really don't know what they are talking about. If you are in the land of grace you cannot sin, the ability to sin is not there. And those people who feel they have to conquer sin before they draw close to God are also deceiving themselves.

It is in God (in Christ) that you find the ability to conquer sin. Whenever you abide in Christ you cannot sin, you won't find the ability to sin. You only sin when you get into the flesh. So each time you sin that should tell you that, "Hey I have been in the flesh, let me get back to abiding in Christ". Why this is not so easy for many Christians is because of the feeling of guilt. After committing the sin they feel so guilty that they don't want to face God, much less coming to abide in him. This is where faith is required.

"And so, dear brothers and sisters, we can boldly enter heaven’s Most Holy Place because of the blood of Jesus. By his death, Jesus opened a new and life-giving way through the curtain into the Most Holy Place. And since we have a great High Priest who rules over God’s house, let us go right into the presence of God with sincere hearts fully trusting him. For our guilty consciences have been sprinkled with Christ’s blood to make us clean, and our bodies have been washed with pure water." (Heb 10:19-22).

Look at those beautiful words. It says you should come boldly to the most holy place. Faith is boldness, but then faith in what? Faith in the truth that Jesus' blood has washed you and clean your guilty conscience. Believe that, put your faith in that, tell yourself that your sin together with the guilt have been washed away—embrace this truth. Once you place your faith in that truth you will be filled with with boldness to approach God again. It is human wisdom that says if you do not hold on to that guilt then it means you love the sin, you are a terrible Christian, and you will probably go back to that sin.

That's a lie, there is nothing that justify holding on to the guilt. Holding on to the guilt is an act of unbelief, you annoy God with such an act. In fact, God is more offended by your unbelief than your sin. Put your faith in Christ, let go of the guilt and come back to abiding in Christ where you have the ability to live above sin.