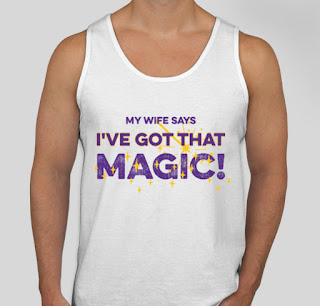 I know you have probably heard things like, "I want to tap from your grace". Is it possible to do such? Well, the same way that one can tap from someone's wealth by asking him for some money, it is also possible to tap from another's person grace. There is nothing wrong with it, for it is very okay. However, excess of it is bad, and becoming a professional in it is terrible. Why should you be a professional begger when you can work with your own two hands?

The absurd thing is that we are being trained how to beg. We are taught how to honour the rich, manipulate our way into their hearts and squeeze money out of them. And some people even teach that this is the major way to get grace. They teach people that to get grace you should honour men of God, sow money into their lives, sing their praises and even worship them. Just because something works doesn't mean it is the normal way of doing things. The people of God need to be taught how to work with their own hands, they must learn to explore this rich land, this Christ.

It is terrible to teach people to be dependent on begging, to become professional beggers. It's like we don't understand the consequences of doing such. This thing results to hero worship. The pervert state of man naturally tend towards hero worship. You don't even need to help it before it falls into hero worship. But here we are, even helping people fall into that snare, facilitating such downfall. We know people are naturally lazy, however it's not alright to teach them that begging is a good option. And then go as far as training them to be professional beggers.

What this does to the land is that, the resources of the land is left unexplored and the nation would slip into underdevelopment. I have heard of pastors saying that they were shocked when people begin to honour them in a way as to infer worship. I just laugh, why won't they worship you when you teach them that to get grace they have to honour men? Who doesn't want grace that would make them a world phenomenon? These are the kind of things that make people go into the occult and even sell their souls. And here you are telling them that all they need to do is honour you small. In fact, they will triple the honour, and even turn it to worship just to ensure they get that thing.


"We do not speak a message about ourselves. We tell people that Jesus Christ is our Lord. Because we belong to Jesus, we have become your servants, not your masters." (2Cor 4:5 EASY).

You hear pastors teach things like, "don't get too familiar with your pastor". For Christ sake, Almighty God descended to earth, came in a menger, rub shoulders with mortal men, eat and drank with them. They were so familiar and casual with him that it became difficult to distinguish Jesus from his disciples, and Judas Iscariot had to identify him with a kiss. That is God Almighty, who are you to say people should not get familiar with you? I just don't understand how we get to this stage.

You will hear things like, "people should not see pastor eating, they should not even see their pastor bleed". Lol, these people want to turn into God in our eyes oh. If you demonstrate such great virtue people will naturally respect and honour you. The elders in the first century were honoured because of their virtue, however honour should not be our pursuit. All these things are really damaging the body of Christ. We know man is prone to hero worship, but there is a way we can trying and control it, rather than facilitating it.

Nevertheless, the most important thing is that the people of God should learn how to explore Christ themselves. The more you press hard and explore Christ yourself, the more you will grow. Taping grace does not guarantee spiritual growth. Yes, you will have all this grace but you will remain spiritually immature. The process of attaining it yourself will cause you to become mature. When a child is taught that he should spend all his life collecting money from his father, such a child will never grow mature. He needs to experience what it means to work for money himself. God desire to have mature sons not breastfeeding babies that never grow.
Posted by David Emechete at 09:36