Releasing Yourself Into The Boat 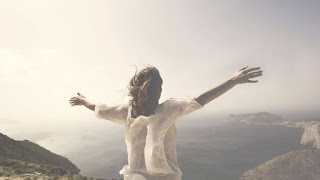 "I was alive once without the law, but when the commandment came, sin revived and I died." (Rom 7:9).

Without the law he was alive, but the moment the law came he died. When he didn't know what is good and what is bad, he was at least trying in doing the right thing. But the moment the law came to tell him what's bad and what's good, everything got worse. He just realize that he keeps craving to do the bad things. This is because once sin sees the law it holds a revival meeting and begins to burn with a renewed passion. The moment you tell yourself that, "this is the right thing and from now on I will try to do it", that is when sin will begin to burn with a greater passion, pushing you to do that bad this. It is the spirit (attitude) of rebellion. The carnal nature loves rebellion, it keeps seeking for new ways to rebel. You will find yourself diving deeper into sin the moment you realise that thing is a sin. As such you feel the law (rules and regulations or don't and dos) and your attempt to be better has only made everything worse. It is such a terrible state that Paul cried out;

Who will deliver us from this body of death that is so eager to rebel? Well, in Christ we have already been delivered, and to live above this rebellion you must follow the way of this deliverance. The way of this deliverance is rest and effortlessness. The moment you tell yourself that you want to stop something bad, and then you start putting effort towards stopping it, that is when that bad desire will get stronger. To overcome it, you must tell yourself that you are not trying to stop it. Yes, convince yourself that you are not trying to overcome it because you have already overcome it in Christ. You are not trying to gain another victory over it because the victory that Christ won for you is enough and all you want to do is rest in that victory. This is the principle of abiding in the ship.

Stop trying so hard to stop that bad habit, rather believe that you are a new person and that habit or sin have never been a part of you, for old things are past away and all things have become new (2Cor 5:17). You are no longer that person who was struggling with that thing (be it sin or affliction). That person died, and you are now a new person. This person that you are is victorious over sin and every affliction of death. Believe this truth and rest in it. You don't need to keep fighting, the battle have been won, get into the victory boat and rest. Yes, rest in this ship that Christ is captaining. Right now it may seem like you do not have victory but just trust the captain of the boat (salvation). Surely, as you abide in this boat, and as this boat continues to move you will come to a point where you will see the victory being manifested so gloriously. You are simply to rest on the Holy Spirit as he floats on that river, moving you effortlessly to the manifestation of the finished reality.

This is an excerpt from my book, "Manifesting The Rich Reality In Christ". 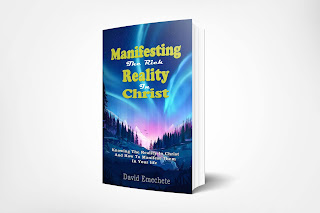