How The Kingdoms Spread And Advance 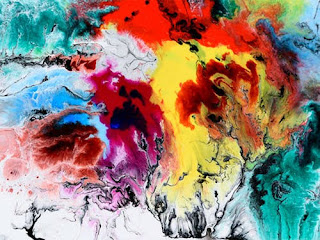 We currently have two spiritual kingdom on earth — the kingdom of darkness and the Kingdom of God. We must understand the dynamics between the two kingdoms and how kingdom advance. I have given some explanation in a post of my titled, "Life and Death (6); The Reign Of Death".

Just living in a busy city like Lagos you could easily see how the reign of the kingdom of darkness spreads. And by reign of darkness, I mean hate, jealousy, malice, anger, depression etc. In a city like Lagos you would see a driver who is dealing with the tension inside because he feels he is not properly taking care of his family and fulfilling his responsibilities.

Then comes a bunch of impatient and cranky passages, who are workers probably dealing with a terrible employer and trying to get to work as early as possible to avoid any problems. They scream at the driver for being too sluggish. Then the driver begins to boil up inside and he takes it out on another driver on the road. This other drive gets annoyed and take it out on his passengers. A passenger highlighted and got into a queue with this tension boiling inside.

In the queue are other people who are probably late and have someone else to be. Tension clashes with tension in this queue, voices are raise, people are called names, a quarrel or a fight ensued. Someone just watched how people begin to fight and call each other name over little things, begins to wonder why humans are so cruel to each other. Then he moves on to treat another person terribly because he felt humans are so cruel and do not deserve any nice treatment.

From one person to another this fire of tension, anger, fow words and so on continues to spread. That's the reign of darkness. You made a mistake and someone's heart got broken. He/she goes on to hurt anyone person because he/she is hurting. And this other person tries to be better but because of his personal experience of being hurt even though he did nothing to deserve it, he become overly careful and paranoid. This paranoia ends up hurting another person, who goes ahead to hurt another and the circle goes on and on.

More heartbreaks, more hates, more vengeance, and darkness filling all in all. That is the reign of darkness, growing, advancing, taking over everything and everyone. But if only we have a pure heart who would refuse to allow darkness in, no matter how much tension he is facing, or how much he his insulted especially by a total stranger, or how they people try to break his heart. If only we have such a heart that would answer darkness with light, and rather than acting based on how people treat him, he begins to act based on what he receives from heaven.

He expresses joy and peace — one that transcends anything earthly. He show kinds to people even in the face of insults. Demonstrating virtues so inspiring that people come to him to ask how he does it. As such he teaches righteousness to others, causing a spread of light in a world filled with darkness. Through his good virtues the people around him (the people in his locality and at work) are becoming changed little by little. They've begun to have hope in humanity again. They could now see that one can remain pure no matter how much darkness is in this world.

This little man is spreading light everywhere he goes, conquering grounds in the hearts of people, for the sake of God's kingdom. Of course he cannot do it alone. It is not easy to face that much darkness all by yourself. He needs a support group — a people who will strengthen him whenever he gets weak. They will encourage him, advice him, listen to him and help him improve. They will bring refreshing as he is constantly roughened up by the fierce battle out there in the world. As such he is renewed daily, strong enough to face the world and continue to shine the light.

This is how the ecclesia takes over territories for the Kingdom. Yes through prayers, virtues, demonstration of power, and the refreshing of continuous fellowship.