Ecclesia; Destroying The Works Of The Devil 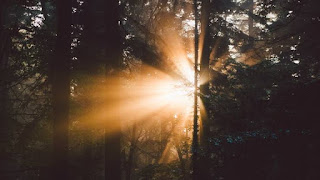 The job of light is to vanquish darkness. The only reason people need light is to deal with darkness. A light that does not drive out darkness is not light at all.

"For this purpose the Son of God was manifested, that He might destroy the works of the devil." (1John 3:8).

The Son of God, being a light, came to manifest that light and in so doing destroy the works of darkness. The moment Jesus began his ministry we saw him casting our demons, setting the possessed and oppressed free, healing those afflicted by sickness, and so on. Yes, he was actively destroying the works of darkness. The he went to the cross from the ultimate sacrifice, died and was buried so that when he comes out of the ground he will multiply.

"Most assuredly, I say to you, unless a grain of wheat falls into the ground and dies, it remains alone; but if it dies, it produces much" (John 12:24).

Light does not give darkness a room in his territory. He chases darkness as far as his legs can take him. He will never make a treaty with darkness, or coexist with darkness. When light shows up darkness is forced to stay far beyond light's reach, watching from a far how light now rules the territory which it once occupied. Darkness stands still, helpless watching in defeat. This is the job and power of light. It destroys every works of darkness.

This is what the ecclesia does, and they do it with all intent. In every locality where the ecclesia is planted it immediately begins to drive out darkness. First it focuses on the darkness in the lives of the members. It deals with every darkness and carnality lurking in the lives of each member. Then it continues to expand beyond its members, traveling with such speed.

Yes, light is one of the most fastest thing in creation. It does not waste too much time still struggling with the darkness in the lives of the ecclesia members. Rather it moves very quickly because it is so powerful, vanquishing becomes so effortlessly. When an ecclesia is spending too much time still trying to vanquish the darkness in the lives of it members, it means that ecclesia have not truly apprehended the light.

Their grip on the light is too faint. If it is strong enough then it shouldn't take much light to penetrate deep inside a people who have already surrendered to the light. Let the ecclesia advance at the speed of light as it vanquishes darkness. Let it destroy the works of the devil and cause the reality of the Light to fill the earth.